Maybe you’ve tried rehab or therapy in the past…

…and it wasn’t terribly helpful.

Was it hard to make a connection with the therapist?

Were you getting force-fed someone else’s spiritual agenda?

Worse, maybe you felt you were being judged or criticized.

But I can promise you that I’ll bring all these elements to our work together – no exceptions:

I can also promise that the program I offer won’t merely teach you “coping skills” or how to avoid your “people, places, and things.”

Don’t get me wrong — that stuff is important.

But it’s going to take a lot more than quick fixes to change your life for the better… and for good.

At Freedom Recovery Group, treatment is much more than a Band-Aid.

It’s a transformative process that will have you examining who you are, where you are, and, most importantly, what you want.

Because right now, your life isn’t what you want.

Look around! More people than you realize are lost and unhappy. It’s so easy to get disconnected from who we really are.

Don’t let yourself drift any further. Right now, could be the start to your real life — the one you were meant to live.

How can therapy help me? 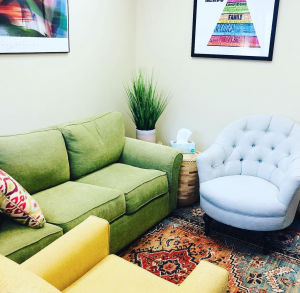 My clients laugh when I tell them that ten years ago, I was the definition of a “hot mess” — until I describe what my life was like then. 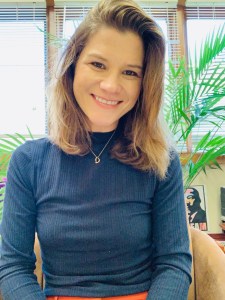 How I couldn’t sustain a job or a relationship. How lonely I was, having burned bridges with countless friends. How I bounced from one therapist to another, groaning about how depressed I was. How one of them looked me in the eye at the end of our first (and final) session and said, “So, Emily, when do you plan to give up drugs and alcohol?”

I was stunned. How dare she suggest that I was creating my own misery by drinking and using!

I was in my twenties and thought my “recreational” use of drugs and alcohol wasn’t just normal, but expected. I was sure my depression and chaotic life were someone else’s fault — or at least, a byproduct of my DNA.

I never went back to that therapist, and I certainly didn’t change any of my behavior at that point. Not even when I thought about it harder and realized that maybe… by some small chance… she was at least a teensy bit right.

Why not? Because I wasn’t ready.

A few years and some major life changes later, I had an honest-to-goodness spiritual awakening. Me — someone who called herself an atheist!

Okay, so that awakening wasn’t exactly about God, but it was about my life’s purpose. I saw a purple spotlight (yes, purple) shining on the goals that would fulfill the potential I’d numbed out for so long.

I could see happiness shimmering like a mirage in front of me.

Except that after that awakening, I sobbed for about a month straight. I knew that if I kept going the way I was, I’d never in a million years be able to carry out that purpose.

But I was terrified to try to do life without substances and my roller-coaster of emotions.

Sounds crazy, I know. But bad as they were, at least I knew what to expect.

Maybe you’re shaking your head at all this. Does it sound too “woo-woo?” Or are you thinking, that’s great for you, Emily, but you don’t understand MY issues!

But something tells me you’re already on the path to breaking your chains of dependency and depression. You’re teetering on the edge of “your time.” You’re here, after all!

You don’t want to keep going the way things are, but you’re overwhelmed by the idea of change.

There’s SO much good ahead of you. You may not see it yet, but it’s there. In fact, it’s inside you right now.

Let me help you uncover it.

Give me a call today at (574) 339-6313 to set up your consultation. You can also email me at emily@freedomrecoverysb.com.